When looking for a property, one of the things that one needs to consider is the property tax. Every state has a different set of property tax regulations and you might want to look into that before deciding to buy a home. But having the highest property tax doesn’t always mean a bad thing, just as a cheap property tax doesn’t necessarily mean great for you. A property tax is imposed by the local governments, usually as their main source of income.

Since it is the main source of revenue for a city or county, most areas with higher property tax almost always have better community benefits like a nice park or better infrastructure like roads and bridges and all other government-initiated projects that will benefit the local citizenry. This is why having a high property tax doesn’t always mean a bad thing for a homeowner as it might just mean better education for children and safety and security. Still, it doesn’t always follow that having a low property tax would mean a chaotic neighborhood and garbage-laden streets. So if you are looking for a property, you have to do your own research about property taxes as well as the community. You should definitely visit the community before committing to such a large financial investment.

Neighbors could have different property taxes

This is not a common example but it still happens. A subdivision that lies between two cities would mean different property taxes for families who live across each other. Their houses may be almost uniform but because of a city boundary, their taxes are different. Even more uncanny is that there is a possibility that these families will share public resources because they belong to the same county. So they could have the same park and their children could go to the same school being from the same school district.

But does that mean you would want to live in Ohio than in California? Just because Ohio has a lower property tax rate doesn’t mean that you would choose that over living in California. This is all a matter of preference and practicality. California is the most populous state and for good reason. There are so many opportunities in California. Its economy is the largest in America, and the fifth largest in the world. It is considered a trendsetter in pop culture and films for obvious reason: Hollywood. California is also a leader when it comes to environmental issues, politics, food and culture, and technological innovation—it is where Silicon Valley is located after all. Its economy is also diverse, which is presumably because it is also a melting pot of culture. The state is large and versatile, but that is what all people want. Some want a more peaceful and less densely populated area.

Ohio’s economic reputation is not bad at all. It consistently ranks high among states with the best business activities. The state is known for being business-friendly, which means that industries prosper and people are at work. That is good for the people trying to settle down, of course, as it could mean that work is abundant. Population growth in Ohio is slow so it is not as populated as other states. Some people would prefer this, hence, may want to live in Ohio more than California.

When considering settling down in a place, it’s not just a property tax that you have to consider when it comes to buying real estate or even building a commercial establishment. A city may have lower property taxes than usual but there are also other types of taxes attached to buying a property. According to reports, Bridgeport in Connecticut has the highest property tax rate in the country. However, if you live there, there are no sales taxes included in your shopping items. There are also no income taxes. However, Birmingham in Alabama has a slew of other taxes despite having the 11th lowest property tax in the country. So while the tax on your property will be low, living there will not necessarily be cheaper.

According to the USA Today report, what is considered as just the right amount of property tax rate for homeowners is 1.2%. On the national average median home cost of $178,600, the property tax would amount to $2,149 for a year. There are 18 states that have higher than the 1.2% rate while the rest of the 32 states have lower rates. 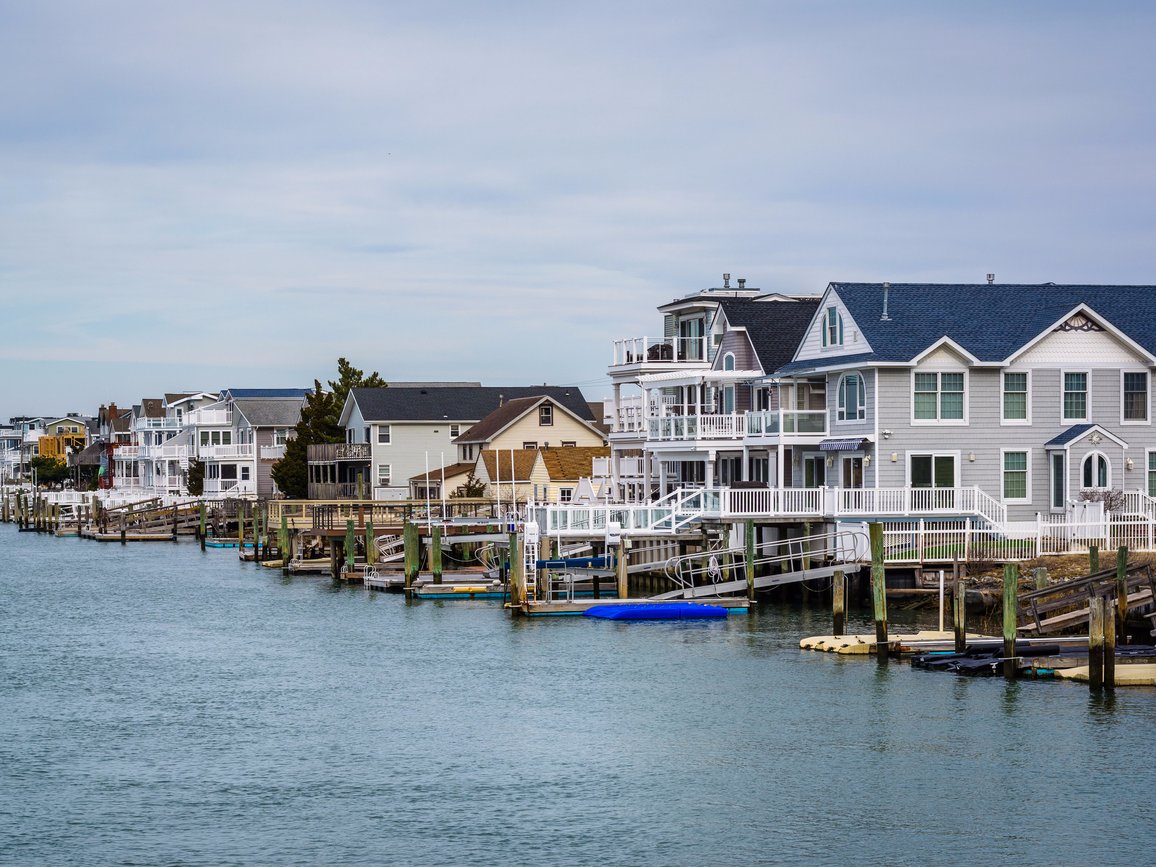 Not only is the Garden State among the more expensive states to live in, but it also has the worst property tax among the country’s 50 states. This has to do with the bustle in this small state. It is the fourth smallest state in America but it is the 11th most populous. Being small and having a large population makes New Jersey the most densely populated state in the country. The median home value is $315,900. That is 43% more than the national average. The property tax rate is pegged at 2.35%, which means that if you own a home in New Jersey that is around $315,900, you are going to pay around $7,410 in property taxes in a year. But this actually makes sense considering that New Jersey is also the second wealthiest US state in the country. Its constituents can afford expensive homes. Nine New Jersey counties are in the top 100 wealthiest counties in America.

Of course, there is a payoff for that exorbitant property tax. In 2015, the state ranks fourth among states that spent the most on every public school student. This means that New Jersey’s budget for public education is high. New Jersey school systems consistently rank high among the top school systems by state. Over the years, New Jersey high schools also made it to the top 25 best American high schools. 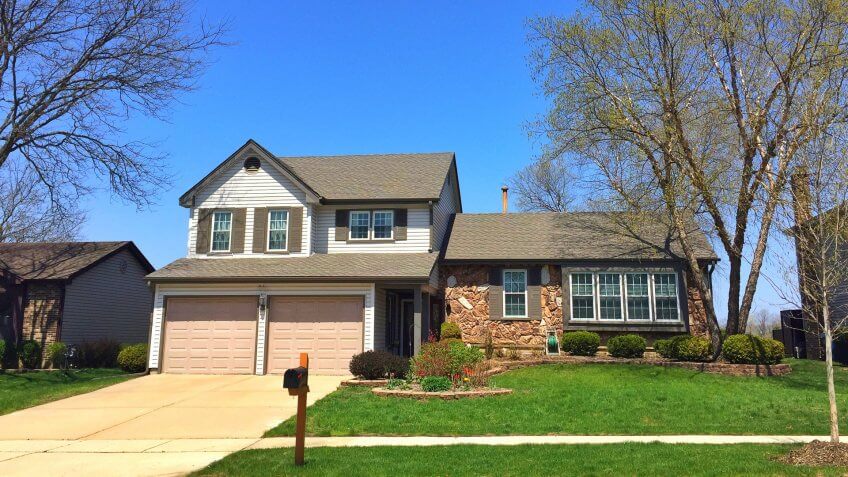 The Land of Lincoln is not far behind New Jersey when it comes to tax rates, however, the median home value is so much lower. While the tax rate is at 2.3%, the median home value in Illinois is just $173,800. That means that the median property tax paid is close to $4,000 a year. Illinois is often referred to as a mini United States. This is because Illinois has almost everything: from industrial cities to agricultural areas, transportation hub, an international airport to bodies of water that link to other states. There are also diverse energy industries, manufacturing and service companies and varied investment opportunities. It is a surprise then that the unemployment rate of the state is at 4.2% when there are so many activities in the area. The area also has among the highest minimum wage in the country.

With a median home value pegged at $237,300, the tax rate of the Granite State is among the highest at 2.15%. But while the property tax is higher than the national rate, the state doesn’t impose a sales tax and personal income is not taxed as well. And while it is the fifth smallest state in terms of land area, it is also the 10th least populous of the 50 American states. It is also a very white state: 93.9% of the population is white.

Another generally white state also has a high property tax. Connecticut’s white population make up 77.6%. The property tax rate is at 1.97%. The state’s median home value is also more expensive than the national average at $270,500, which means an annual tax of $5,327. When you know the average income of the state’s population, you would also understand why real estate is much more expensive than in other states. According to a report, Connecticut has the highest per-capita income and median household income among all states in the country. But it is also densely population. Even if it is the 29th most populous state, it is also the third smallest state in terms of land area.

Meanwhile, the following states are the

These are generally so much lower than the national average of 1.2%. 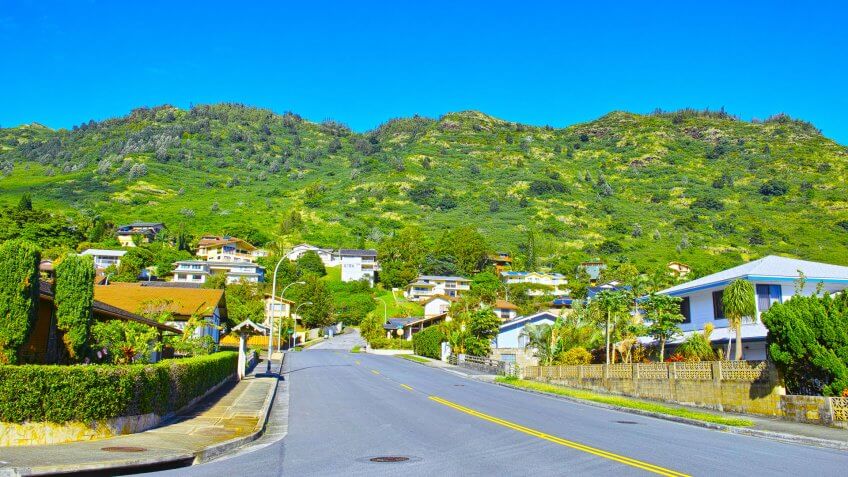 This state is very popular among domestic and international tourists, which could be the reason why it is not dependent wholly dependent on its property taxes. The property tax in the state is just 0.27%. However, because it is a tourist destination, most of its lands are considered prime real estate. Median home value is at $515,300. It is the highest among all states. Despite the expensive real estate, median tax amount is only around $1,406 because of the low property tax rate. The general cost of living in Hawaii is very expensive.

When it comes to actual tax amount, Alabama has the cheapest based on recorded median tax payments. The property tax rate is 0.43% but the median home value is way lower than that of Hawaii. The median home value is only $125,500, which means that median tax amount is only $543. Alabama, though, has among the highest poverty rates in the country—the sixth among 50 states. It also follows the federal minimum wage of $7.25 per hour instead of having a state minimum wage, which is higher than the national mandate. So while it is cheap to live in Alabama, opportunities are also scarce. Unemployment rate is even higher than the national average.

The state is somewhere in the middle when it comes to economy, but its per capita personal income is one of the lowest, ranking 41st out of 50 states. But it is also considered among the most small-business-friendly states in America. It is quite cheap to live in Louisiana with the median home value pegged at just $144,100. The property tax rate is 0.49%, which means median property tax amount is at $707.

Based on Alabama and Louisiana, it would seem that the lower the property tax rate, the poorer the state. That is not the case with Delaware, which imposes a property tax rate of just 0.54%. The state has among the richest residents in America. According to a study, Delaware is in the top 10 states with the largest number of millionaires based on per capita. This is also the reason why real estate in the state is a bit expensive with the median home value pegged at $231,500. But there is really no reason why property tax rate should be high when the state’s buzzing economic activities: more than 50% of the country’s publicly traded companies are located in Delaware. Also, over 60% of Fortune 500 companies are incorporated in Delaware. This is due to the state’s business-friendly corporation laws.