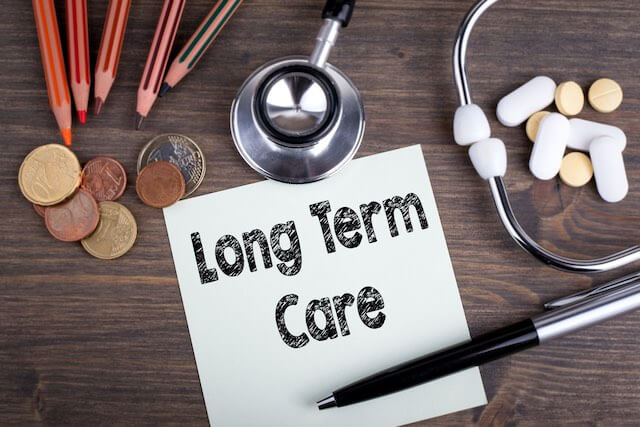 It is never too early to start preparing for long-term care. In fact, the best time to do so is when you are still at your prime: when you are healthy and earning. It is a myth that not all people need long-term care — everyone needs it. At some point in our lives, especially when we are older, we would need medical and custodial assistance. This is actually where the myth comes. Most people think that long-term care only refers to the medical needs of a person, particularly a retiree. In fact, long-term care refers to everyday activities. When people are older, they would need assistance in bathing, dressing, eating, walking and even shopping for one’s daily needs.

According to Forbes, in 2012, nine million Americans needed assistance in their daily living activities. The number is expected to balloon to 12 million by 2020. Close to 70% of adults will need some kind of living assistance by the time they turn 65. You cannot think that perhaps you will be part of the 30% because what if you are not the exception? Also, the number refers to people in their mid-60s. The percentage could increase as the person also becomes older.

What are the options in paying for long term care?

But because this is government, the requirements are strict. You have to be living in poverty, based on the government’s qualifications, or below that. The requirements also vary in every state. So while it is free, not everyone can avail himself of it. Medicare coverage is also only for over a short period of time. It doesn’t cover chronic illness.

This is a kind of insurance that covers assisted-living needs that are not covered under any health insurance. You can customize the insurance to fit your needs. However, a major downside is that if you terminate the policy, you can get back any of the premiums you have already paid.

It has been suggested that the best time to start shopping for alternative long-term care options is when you turn 50. But there is nothing wrong with starting early. The future starts now! According to the 2016 Gentworth Cost of Care Survey, the average rate for long-term care in an assisted living facility is close to $45,000 every year; over $82,000 for nursing homes and over $92,000 for private rooms.

This is basically just a life insurance policy with a long-term care “rider” as in an add-on. The premium is over $300 but less than that of the traditional long-term insurance. But the advantage of this is that it has a death benefit because of the life insurance coverage. Payment also includes a monthly option so that you don’t have to be burden with paying for it in thousands on a one-shot basis.

You have to be careful with annuities, though, because a lot of insurance agents will sell you this without explaining why. Basically, an annuity is a contract between you and your insurer where you pay quite a large sum of money regularly so that by the time you retire, you get to enjoy a steady stream of cash. But if you already have a retirement plan, then you don’t really need this. However, if it is attached to assisted-living needs, then that is worth investing in.

The fixed-indexed annuity with a single premium is worth discussing with your insurance agent. If you can put a lump-sum amount to the insurance at the age of 55, you will be eligible to a monthly allowance of over $2,000 every month. If it goes to long-term care, there is what they call a “doubler benefit” where your $2,000 will be doubled every month. But the doubler doesn’t come into effect until two years after the income starts coming in.

Options for long-term care plans are cropping up because of the many reservations against traditional long-term care plans. One of those spawned from weariness over the traditional care plan is The Hybrid. It is called such because it is basically like the traditional policy but with better benefits such as allowing the insurers to get back their premium upon termination—that is, of course, if the one-time premium has been accomplished. There is also a death benefit attached to this policy. This plan also gives benefit to the spouse.

More popular as IRA, this plan is an investment tool where an employee sets aside money for retirement. The same can be used for long-term care, but it is not advisable. IRA should really take care of your monthly expenses: utility bills, groceries, clothing, etc. While this is enough for your daily sustenance, it may not be enough to cover assisted-living care.

According to a research by Nerdwallet, one in four people who have filed for medical bankruptcies in 2013 are people aged 55 years old and older. This is a worrying statistics since it generally means older people have a hard time getting a hold of their finances, usually because of medical needs. This is why it is important that as soon as you start working, you will be able to set aside funds for long-term care.

You can open an account that is separate from your savings and payroll accounts. This separate account will be for your future. In order for you not to forget to feed some funds to that account, allow a deduction from your payroll straight to the bank. This way, you can just forget about the account and allow the funds to balloon. You need to be proactive about the future, and not just be reactive. Our twilight years should be the time when we don’t have to worry about anything anymore. We have been worrying since our 20s, we should be enjoying life in our late 60s.