5 Reasons to Hire a Tax Preparer Today More than Before 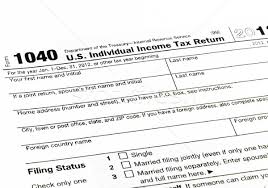 Businesses are not the only ones that need a tax preparer. An individual can file a tax return by himself if he wishes to. He might think he can save money doing the tax return himself rather than hiring a tax preparer to do so, but this is not always true. S

Why do I need a tax preparer? Why is hiring one more practical for a taxpayer?

A tax preparer knows taxes like the back of his hand. He certainly knows it better than you—unless, of course, you are a tax preparer yourself or a certified public accountant. Having a tax preparer is even more important this year than any other year. Why? Because this is the first year that changes under the Tax Cuts and Jobs Act will be implemented. The Tax Cuts and Jobs Act, which was passed in December 2017, amended the Internal Revenue Code of 1986. There are many changes under the new law that could make filing tax returns more complicated for a layperson, especially after filing it under the old tax law for years.

Some changes under the Tax Cuts and Jobs Act

Hiring a tax preparer could actually save you some money. The cost of one is between $100 and $300. You might think that this would be a bit steep considering that you could do your tax return on your own. First of all, the tax preparer would have to pour over dozens or hundreds of documents and receipts to do your tax return. Secondly, numbers are tricky, so the amount is quite appropriate for a professional with an expertise that is not very common. But why should you pay that much for a tax preparer when you could do it on your own? Because as mentioned above, filing the 2018 tax return is more confusing than ever. But tax preparers know the law and studied the new law meticulously. They could identify tax credits and deductions more easily than a lay person. Because of the tax amendment, there will be deductions and tax credits that will not be obvious to a taxpayer. So there is a big possibility that your $150 tax preparer could actually give you a tax refund worth $500 or more and shave your tax due by more than his professional fee.

Technical help in the event of an audit

According to reports, only one percent of taxpayers who have an income of less than $200,000 a year were audited last year. This is quite the same trend over the years. Low- to middle-income earners are not at risk of being audited—at least the probability is not high. However, in case you will be part of the unlucky one percent that gets audited, it would help that you have an expert with you who can handle the audit. If you get audited, that means you will have to face a member of the IRS by yourself. The IRS agent will be armed with the proper tax law knowledge, while you only have your knowledge of your tax return to depend on. Having a tax preparer by your side means somebody could go toe to toe with the IRS when it comes to the provisions of the tax law.

Having an expert doing your tax return means few to zero mistakes. You may have been doing your tax returns by yourself for years but no one is immune to mistakes. That is not to say that experts won’t commit mistakes, but since they have been doing this more frequently than you, then mistakes are expected to be few and none at all—mostly betting on none considering that they are paid to do this. It will not be good for their credibility if mistakes are made in their client’s tax return. Also, some of them use software to double check inputs in the tax return. But you could argue that why not just buy a software to do the tax return? That works, too. In fact, there are online programs that could do the tax return for you. Again, this will go back to expertise. The tax preparer knows best how to use the program or software and he knows best what to input in it. Choosing a computer program over a tax preparer might be more expensive in the end since you have to pay for the system and you won’t get to maximize its benefits anyway as you might just end up needing a tax preparer to organize your data.

You might have to spend hours going over documents and receipts in order to file your tax return. These hours could have been more productive working—that could earn you money. Or these hours could be spent relaxing—that could give you peace of mind and even save you some future health problems. Taxes are usually causing stress among many Americans. There is always that fear of being audited and not filing the proper tax return. Hiring an expert to deal with all those could be the best thing for your sanity.

In the end, you have to do what is best for you. If you are confident that you could do this on your own and just want to save the hundred dollars or two that would be spent on a professional, that is really up to you. But the reasons above might just make paying the professional fee worth it.